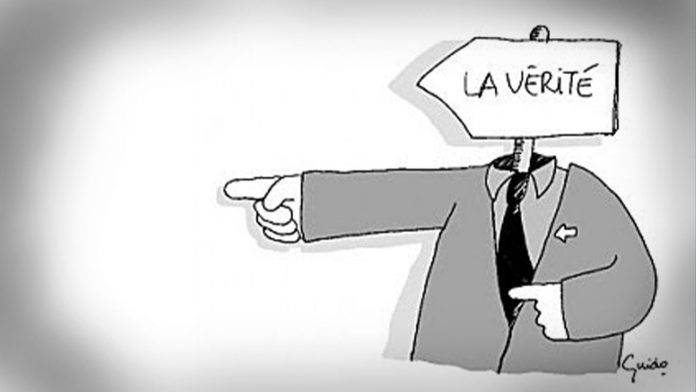 It depends on who is presenting them :). Not all Raelians are naturists, it is not an obligation.

Raelians are in favour of each person’s freedom to decide how he or she wants to dress. 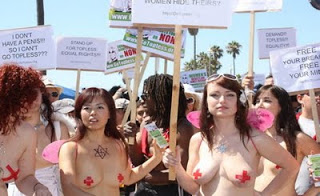 Some Raelians wish to be lightly dressed in the heat of summer. Raelians consider this to be a normal and healthy choice, and depending on the circumstances, some of them practice naturism when it is allowed.

They are often seen, in summer, in sensual or lightly dressed outfits because they promote sensuality (allowing through the senses to taste the happiness of the present moment) and equity as for the right to be topless for women who so desire (their campaign http://gotopless.org/).

Even if Raelians challenge certain laws that they consider to be castrating for the development of the individual and the pacification of society as a whole, they strictly respect the laws in force in each country while at the same time trying to encourage the questioning of rogue laws (example: in some countries, women are stoned if they do not wear a veil, or imprisoned when they are raped).

No. Despite some rumours, Raelians consider this to be a mental illness that needs to be addressed and on several occasions in the past they have reported members or non-members who have had sexual touching of minors to the authorities. (see here).

The Raelian Movement promotes sexual freedom (which does not mean obligation) between consenting adults, which has the effect of reducing sexual frustration. As a result, Raelians are probably the group least sensitive to the psychiatric and criminal abuses of pedophilia.

4.      Are there any organized sexual activities?

No. Raelians are responsible adults who do not want any structure to direct or organize their intimate or sexual life, as it is the case in many religions.

It should be noted that the word cult has become an insult recognized as such by several French and Belgian courts. The sociologist and historian of religions Anne Morelli explains that a cult is to religion what a dialect is to a language, that is, it is the political power that gives the official language label to a dialect just as the official religion label to a new religion (see here).

The Raelians do not live in a community and remain totally autonomous in their daily lives. The concept of mental manipulation is a concept that is no longer accepted in court because it is totally vague and unscientific. Either everyone manipulates and is manipulated, or nobody is.

Critical thinking seems to be the most powerful tool in the fight against mental manipulation. In this sense, Rael encourages Raelians not to obey anyone (neither himself, nor “god”, nor extraterrestrials, nor any authority) if the order given is contrary to the person’s conscience and the spirit of human rights.

Unlike the majority of Christians, Jews or Muslims who have not consciously chosen their religion, only adults can become Raelians.

It should be noted that to succeed in remaining in a philosophy that arouses so much controversy, one must be everything but weak.

Like any non-profit organization, members of the Raelian Movement have the choice of contributing to the functioning of their organization by making donations in proportion to their wishes for involvement. There is no obligation. Raelian Structure members are invited to donate 10% of their after-tax income, without any income control.

The Raelian Movement has never been condemned by any court.

Rael has never been convicted by any court.

As in any human group, some members have been condemned by the courts for abuses that concern them in their private lives.

Anyone convicted of a crime, whether Jewish, Catholic, Muslim or Raelian, should not stigmatize all their fellow believers.

(Thus, some racist organisations try to associate the abuses of people of different origins with pseudo-negative characteristics that they attach to the ethnic origins of these so-called foreigners. It is important not to fall into this mistake.)

10.  Are they blindly following their guru? Are they fanatical?

Sociologists who are experts on Raelians say no.