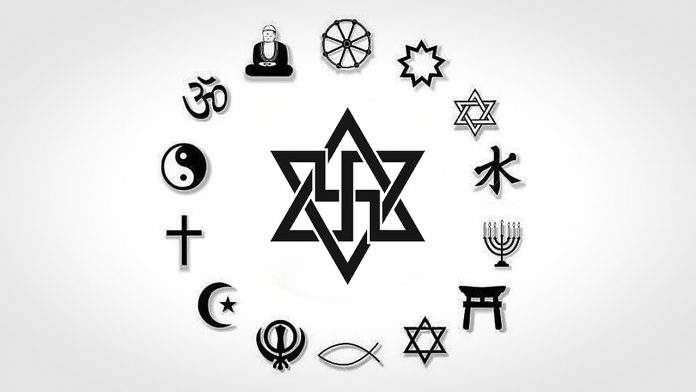 Defining religion is to bring order in the broad field of social phenomena. To be operational, a definition must define the scope it wants to describe. It must be broad enough to include all forms of religion, while excluding similar phenomena that are not religious. For example, a good definition must differentiate religious affiliation from joining a social club. A definition is an investigative strategy and not The Truth about the object of study. This is why there are several types of definitions to get a handle on the religious phenomenon. Traditionally, we identify two strategies used by specialists in human religion sciences.

The first strategy, called “substantivist”, defines religion by the content of beliefs. This approach is restrictive, because it aims at limiting the number of typically religious categories. For example, sociologist Bryan Wilson argues that there is only religion if there is belief in the supernatural as well as social utopia. The other alternative is the “functionalist” strategy that defines religion by its social functions. This extensive approach is used by German sociologist Thomas Luckman who argues for a broad consideration of the sacred cosmos of industrial societies. In his definition of religion, Luckman includes phenomena such as Marxism, humanism and the human potential movement.

For our immediate purpose, we chose the substantivist strategy because it allows us to limit the scope of the religious field and to identify precise categories. The basic definition we have chosen is that of Milford E. Spiro who presents religion as: “an institution which, based on cultural models, governs the relations of men with superhuman beings whose existence the culture posits.”

[1] With this definition one can identify four dimensions that allow us to isolate an operational concept. This concept is the result of reflections C. Y. Glock [2] who by analyzing the work of other researchers in the field singled out various aspects of religion that can be observed and measured. Glock considers the religious object as a concept with four dimensions he calls experiential dimension, ritualistic dimension, ideological dimension and consequential dimension.

The experiential dimension covers the feelings, perceptions and sensations experienced by a subject, or defined by a religious group or society as involving communication with the first reality or with transcendent authority. The ideological dimension includes all representations or beliefs about the nature of the first reality and about finality. The ritualistic dimension deals with the acts performed as part of religious life. The consequential dimension concerns the putting into practice of religious principles in daily life; it is more concerned with how humans relate to the first reality. These dimensions are used as the main framework to understand religion or the religious object; their intent is to account for reality.

Considering these observations, one could now offer an analytical framework that would allow to qualify as religious any organization that meets the following criteria:

1) be an institution, that is to say, a cultural system, a social structure with norms and values…

To do this, this religion has set up a hierarchy and diffusion techniques that are similar to those of other religions that use comparable structures and means of diffusion (Christian evangelization, Buddhist apostolate…).

2) that governs relations with superhuman beings, that is, beings having powers superior to those of humans…

One of the important characteristics of a religion is the assertion that there is a supreme principle which some call God, energy or Great All… In the case of the Raelian religion, this principle is embodied by the Elohim. As seen above, the extraterrestrials can be seen as representations which are in the same class as the gods of the Judeo-Christian religions. The concept of God is hence interpreted in the light of modern science.

3) in the experiential, ritualistic, ideological and consequential dimensions.

For the Raelian religion, the experiential dimension revolves around the practice of sensual meditation. Sensual Meditation amounts to the “instructions” given to humans to teach them to use the harmonising potential of their brain. The Human is connected to the infinite that surrounds him and composes him, through his sensors; the senses. Developing one’s sensuality is developing the capacity to feel connected to the infinite, to feel infinite oneself. The “awakening seminar” focuses on the blossoming of individuals through sensual meditation, leading to the awakening of the mind by awakening the body.

In almost all religions, there are individual or collective acts, performed at specific times, in a certain way, and which at first glance seem to have no practical use and even go against immediate usefulness. These acts are called rites. Rites can be expressed in gestures, eating habits or any other means involving the body and its five senses. The Raelian religion is no exception to this dimension (transmission of the cellular plan, daily meditation, making donations, annual meeting, training and sharing, removal of the forehead bone at the time of death, …).

The ideological dimension is the section of a religion where one finds the systematization of ideas, beliefs and dogmas of the group. This is what is called theology. Over the years all religions develop a stance on supreme reality, on its representatives on earth and on our origins and our destiny. The Raelian Movement has also developed this dimension (Rael is the Paraclete, atheistic religion, based on love with infinity as doctrine, teachings about the individual, society, nature and the universe, sexual freedom and freedom of expression, biological immortality thanks to the genetic code allowing a recreation of the body, wearing of the medallion).

The consequential dimension concerns the practice of religious principles in daily life; it is more concerned with how humans relate to the first reality. For Raelians, everyone should be free to live his life, but not at the expense of the life of another. Everyone’s freedom ends where another’s begins. The only Raelian proscription: not impede the freedom of others in any way.

This quick overview, in our opinion, allows us to suggest that the Raelian Movement deserves to be treated in the same way as religions such as: Catholicism, Buddhism, Islam and Judaism.