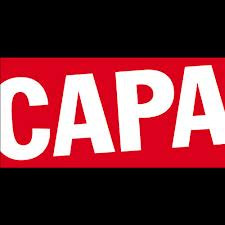 Two journalists from “Agence Capa” clumsily attempt to infiltrate the Raelian seminar held in Slovenia in the beginning of August.

“We were quite amused to receive, a few days before the beginning of our seminars, the application of a young woman wishing to become a member of the Order of Rael’s Angels, without even asking beforehand about the foundations of its philosophy,” said Brigitte Boisselier, international spokesperson of the Raelian Movement. “To draw a parallel understandable to everyone, this request corresponds to the request that a young woman who is not even baptized in the Catholic religion would have made to become a nun.”

There is no need to investigate further to understand that only stupid French journalists, obviously incapable of doing a minimum of research on who we are, could make such a blatant mistake,” she added. “It was therefore very easy for us to find their affiliation with the Capa news agency. Upon their arrival on site, they told us that they had been robbed while travelling, had lost their passports and did not have any other identification, but lucky for them, they still had enough cash to pay for their hotel, we could only smile and cordially let them lock themselves into their own foolishness and lies, until they had no other choice but to flee in order to avoid the charges of “forgery and uses of forgery” which we were preparing so gladly for them to obtain.”

While these two French journalists, brave sham infiltrators, were adventurously trying to hide on the premises of a seminar that was open and transparent to anyone who wished to follow the free training provided there, two Italian journalists from MTV and journalists from Slovenian National Television had access to every activity, in complete transparency. This underlines a notable difference in the respect accorded to religious minorities in French-speaking and non-French-speaking parts of Europe.”

“Would these criminal methods be used by these same journalists to obtain information about a gathering of French Jews, Muslims or Buddhists” asked Brigitte Boisselier. “Of course not, such methods are only used for groups that are a priori dangerous to be around, which the French government, helped by its media, has been trying to demonstrate for more than fifteen years now, without ever providing the slightest proof of the alleged danger that they wave like a scarecrow to convince the crowds of its effectiveness in protecting them.”

For that reason, a delegation of Raelian bishops was received last June by Ms. Asma Jahangir, UN Special Rapporteur on Freedom of Religion or Belief, to file a set of complaints illustrating the serious failures to respect human rights perpetrated by the French executive and judicial powers.

The Raelians of France regularly reiterate that they will never abandon their struggle to obtain the respect due to them in their country and will not cease to use all the legal means at their disposal to force this respect.

“If a journalist really wants to show his courage, he should instead wear the Raelian medallion for a few weeks, the time to measure how much media slander has touched the collective imagination in order to make it rejects any philosophical novelty; and then make an objective report on the Raelian reality, rarely exposed to the general public in France,” added Brigitte Boisselier. “There is no doubt that this journalist would need much more courage than these valiant representatives of Capa. In reality, what he will need is much more consciousness, which does not bode well for the likelihood of meeting him one day.”

The Raelian seminars, which took place from 3 to 10 of August, were attended by nearly 450 participants from most European countries as well as a few Middle Eastern countries, including Israel. The ceremony on the 6th of August, date of the Raelian New Year, was an opportunity to celebrate, in the presence of Rael himself, the tenth anniversary of the creation of the Order of Rael’s Angels, a group of women who have vowed to develop their femininity, a guarantee of peace, non-violence and respect, something that the daring journalist from Capa had clearly not contemplated.

By visiting our news website, raelianews.org, you will have the opportunity to view the fake papers and photos proposed by the valiant Capa journalists. For more pictures and real information on the Raelian seminars, we strongly advise you to contact our press service.