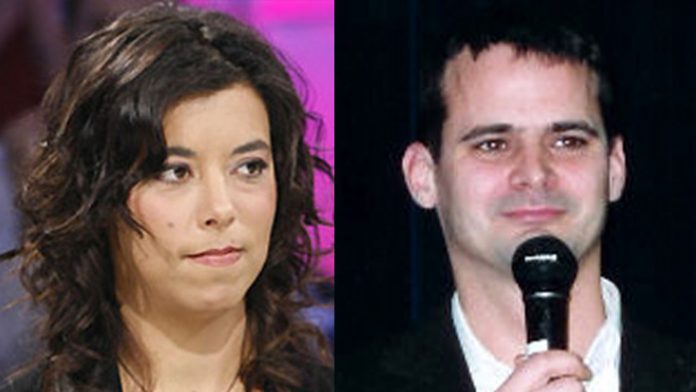 Alain Bouchard, sociologist of religions (extract from his study of April 9, 2010)

The attention of the population has been drawn in recent years by the publication of Martin Bisaillon and Brigitte McCann’s books about the Raelian Movement. The advertisement promised us the results of careful investigations that would reveal the true face of this movement. However, reading these two books leaves us unsatisfied, nothing new is reported to us, no surprising revelations that would present us with a dangerous group. The volumes of Bisaillon and McCann, although very different in form, are in tune with the content, they see the Raelian Movement in the light of their prejudices, thus revealing a common framework. We are dealing with presentations of the Raelian Movement where the prejudices of the authors take the foreground to the detriment of information. This is evidenced by the hundreds of personal remarks in which the authors make value judgments about members of the Raelian Movement. But moreover, these two books boast of bringing exclusive revelations about the group when it is not. McCann, for example, lets us down after raising hopes that she has succeeded in proving that the cloned babies do not exist, as Michel Auger’s preface promised us : « This logbook is a beautiful journalistic adventure that sheds light on an international hoax »[2].

These books are only slightly modified reproductions of information already published in newspapers, popular magazines or apologetic sites on the Internet, without any reference to scientific works on the subject. It seems as if we are dealing with a settling of scores between representatives of the media and the Raelian Movement[3].

This is what we can understand from the prologue of McCann’s book, which opens with Brigitte Boisselier’s press conference, and the conclusion of the preface of Bisaillon’s book: “This book is in a way a right of reply to the public image that Claude Vorilhon and the members of his movement are so inclined to show us”[4]. It is not insignificant to recall that these books were written following the announcement of a baby allegedly cloned by Clonaid in December 2002 and that several media outlets may have felt a little ridiculous at the time, realizing that their entrepreneurial culture, as described above, had transformed them into a showcase for the Raelian Movement.

These publications are therefore totally lacking in rigour and seriousness. For example, from the first chapters of Bisaillon’s book, which are a reconstruction of the origins of the Raelian Movement, the author presents Vorilhon as a lousy singer and a failed journalist. Why does he not report that the singer represented France at the Sopot Festival and that several newspapers reported his performances? If the author was looking for criticism of the origins of Rael’s adventure, why didn’t he mention the report of the French ufologists on the Vorilhon case? Let’s bet that he didn’t consult it and that he didn’t search the artistic archives on Claude Celler ( Rael’s artist’s name at the time) either! Rather than presenting us with an analysis of the case, Bisaillon prefers to draw a superficial portrait of the character, without using the traditional tools of the social sciences and humanities researcher he claims to be[5].

Not only basic information, but also research on new religions and the Raelian Movement is being ignored. This trend is omnipresent for McCann but more evident for Bisaillon in the section where he describes the group’s expansion. Many questions arise when reading the reported facts. Just as McCann points out the dangerousness of the teachings, but on what basis? He talks about teenagers as a target audience, but on what observations are these allegations based? In the chapters on Clonaid (Ch. 5), on family and children (Ch. 6), on geniocracy (Ch. 7) and on the testimonies of ex-Raelians (Ch. 9 to 11), the whole lacks consistency, we are faced with an enumeration of various facts without reference to a problem, an analysis or a perspective. In Bisaillon’s chapter on the position of the French Government on the question of cults (Ch. 12), no reference to the scientific debate on this issue. However, a collective was published on this occasion[6] and the French sociologist Danièle Hervieu-Léger devoted a book to it[7]. The only sources of information presented are statements from parliamentarians who teach us that to be a religion, you need a belief in God. What about Buddhism, the fourth largest religion in the world?

For McCann, it’s a disaster! She candidly admits that the infiltration technique she uses is based on a movie: “Strangely enough, I have found the basic principles of infiltration in one of my favorite movies: Quentin Tarantino’s Reservoir Dogs, a classic American movie.”[8] Fiction to the rescue of reality! But where reality goes beyond fiction, it is in the elaboration of a paranoia that will become the main theme of this journal: the brainwashing. She says: “I feel that the speeches of Chabot and Vorilhon are making my mind dirty”, further on she speaks of “mental rape”, of “brainwashing”, to conclude: “this observation reinforces me in the moral obligation to stay. What is happening here must be reported.”[9]. She seems to develop a “sense of social responsibility” when in the last pages of the book she writes: “I did my job. Like you, I acted according to my beliefs. Mine can be summed up in two words: the public interest.”[10] Unfortunately, all these conclusions are the result of her imagination. The most unfortunate is that this narrow vision leads her to take on a mission by disregarding the private lives of some individuals who are members of the Raelian Movement. How can we explain this determination to denounce members of the Movement to employers or professional corporations, have we come back to a witch-hunt?

In conclusion, these two books are nothing more than emotional clips, without any research or in-depth reflection on the issue.. As a result: good sales, media advertising, more persistent prejudices and probably shattered lives as a result of these biased information.

[3] It should be mentioned that Bisaillon was a researcher on Radio-Canada’s program Zone libre and that McCann is a journalist for Le Journal de Montréal.

[5] The author is described on the jacket as having a master’s degree in History.