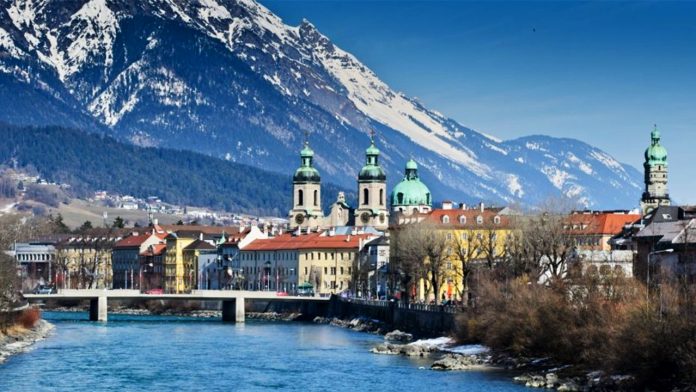 The Raelian religious symbol, or Symbol of Infinity, consists of a Star of David with a swastika in the middle. This several thousand of years old symbol has nothing to do with the Nazi ideology. More details here.

Following a street diffusion, with distribution of Raelian Movement leaflets, in Vienna, mid-August 2007, organized by Mr. Hubert & Mrs. Bettina HEINZLE, Austrian Raelians, wearing the Raelian Symbol of Infinity around their neck, a group of civil servants members of the State Security Service rang the bell at the residence of the HEINZLE couple in early October 2007 to carry out a fthorough search of the house including a heavy interrogation of the couple who are charged with a criminal offence on the basis of an en vertu d’une activity for the renewal of Nazi (National Socialist) values, relating to Paragraph § 3g of the Prohibition Act 1947, referring to the SWASTIKA in the middle of the Raelian Symbol of Infinity worn by the couple.

Since this action resulted in a complaint by the police, the following is a summary of the decision of the Innsbruck Court :

Established on October 9, 2007, by the public prosecutor Dr. Wolfgang PILZ of the city of Innsbruck, Austria;
– – document regarding the criminal case against the suspect, Mr. Hubert HEINZLE, concerning Paragraph § 3g of the Prohibition Act of 1947, relating to the prohibition of any kind of activity of proselytizing the values of the National Socialist Party of the German Nazis (part of the “NSDAP”) : https://www.ris.bka.gv.at/GeltendeFassung.wxe?Abfrage=Bundesnormen&Gesetzesnummer=10000207

§ 3g. “Whoever performs an activity inspired by the National Socialist ideology that does not fall within the scope of § 3a to 3f will be punished with a prison sentence of between one and ten years, or if the perpetrator or the activity should pose a particularly grave danger, with a prison sentence of up to twenty years, unless the offence is not subject to a more severe sanction under a different provision.

“While there is only one person mentioned in the document, this court decision concerns all persons living at that address.“

The document mentioned only one person, whereas it is Hubert AND Bettina HEINZLE who are concerned by this case.

Document representing a notification (“BENACHRICHTIGUNG”) relating to § 90, paragraph 1 of the Code of Criminal Procedure (“§ 90 ABS 1 StPO”) informing Mr. Hubert HEINZLE of the abandonment of the complaint and the criminal proceedings having been contracted on 08.14.2007 by the Federal Police Directorate / Police Commissioner LIESING in Vienna and on 08.23.2007 by the Directorate of Security in Vienna.

“Further criminal proceedings in respect of this topic will not be undertaken.”

The complete document in German