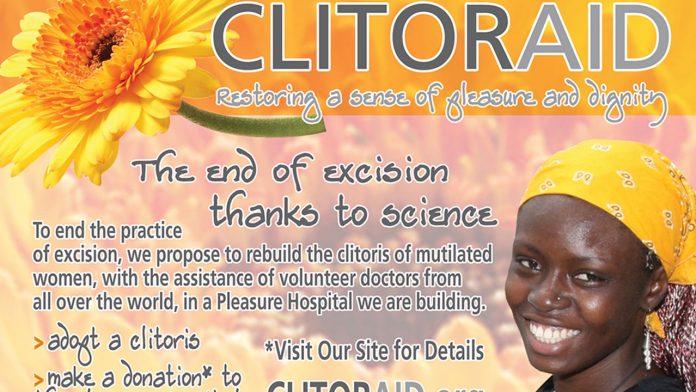 In its verdict published on June 30, 2014, the Tribunal de Grande Instance of Ouagadougou found Professor Charlemagne Marie OUEDRAOGO guilty of defamation towards the Raelian Church in Burkina Faso.

As a reminder, as the festivities to celebrate the official opening of Kamkaso Hospital on March 7, 2014, the first clinic entirely dedicated to the restoration of the clitoris and the repair of the after-effects of excision, a project conducted by AVFE/CLITORAID (see Clitoraid site) and supported by the Raelian Church in Burkina Faso, were being prepared with enthusiasm, a last-minute decision by the Ministry of Health had been taken to prevent this opening, causing misunderstanding and disappointment among the population, the many patients, associations fighting against excision, thousands of donors who helped to build this hospital, and volunteer doctors from abroad

“Obviously, a defamatory letter from Prof. Charlemagne Marie OUEDRAOGO, issued on February 24, 2014, following the AVFE’s release announcing the upcoming opening of the clinic, in which he described the Kamkaso Hospital project as “a major fraud campaign organized by RAEL’s cult”, can explain the reasons for the Health Minister’s decision”, explains Ditalamane Hebie, Raelian Guide and spokesperson for the Raelian Church in Africa.

Indeed, Professor Charlemagne Marie OUEDRAOGO specifies in his letter that “the ministry has been informed as well as the Governor to stop this intoxication campaign”. The fact is that the Ministry of Health did not authorize the opening of the clinic and the National Order of Physicians of Burkina Faso cancelled the authorizations to practice in Burkina Faso that it had previously duly granted to volunteer doctors from the United States.”

Faced with this indescribable situation, the Raelian Church and the AVFE/CLITORAID Association have taken legal action, one of which concerns the defamation made by the professor of medicine, Charlemagne Marie OUEDRAOGO.

“The Raelians of Burkina Faso welcomed the decision of the Tribunal de Grande Instance of Ouagadougou because it is the first necessary step to not only restore the reputation of the Raelian Church among the doctors of Burkina Faso who received this letter, but also to obtain the operating permits for the Kamkaso Hospital which represents a great hope for the thousands of women who want to put an end to their daily pains related to the consequences of excision,” says Ditalamane Hebie.

Professor Charlemagne Ouedraogo and all those who supported him should be ashamed of themselves for having stopped this humanitarian action to satisfy their personal interests, at the expense of the well being of these women who are suffering.

We are confident that the hospital will be able to open its doors quickly and accomplish its mission for all women in the sub-region and neighbouring countries who are seeking it..”

Distributed by APO (African Press Organization) for the Raelian Movement