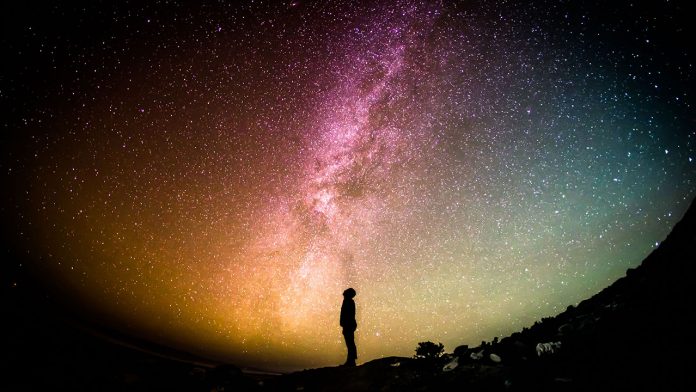 Could we imagine a right or a Law based on the idea that 2 and 2 make 3?

No, of course not.

Law, by definition, is compatible with logic and therefore with science.

It is not by chance that the French Revolution gave birth to the Declaration of the Rights of Man and of the Citizen at about the same time (August 26, 1789) (Ref. in French here and there), and… the metric system (between 1790 and 1795)!

In 1789, the Declaration of the Rights of Man and of the Citizen, from its first lines, had for reference entities as scientific as it was possible at that time:

– Man, or “human being”, is the objective, incontestable reference, as a “natural” being, that is to say as part of natural phenomena, such as those that scholars of the late 18th and early 19th centuries began to study without religious bias: It was at the same time that the Convention created the Paris Museum of Natural History: in 1800, the naturalist Lamarck created there the concept of biology, and his “transformism” would at least have had the merit of definitively removing science from the grip of the Catholic Church.

– The Declaration of the Rights of Man and of the Citizen, exactly like the metric system, is based on “simple and indisputable principles”.

– As the etymology indicates, “birth” is no longer limited to referring to an ancestor who lived years or centuries earlier, however “noble” he may have been, but to nature, which is the common origin of all human beings, the foundation of their equality and fraternity.

– Freedom also stems from this same “nature”: it is simply the carelessness, the letting go of nature that is “presumed innocent”.

– But, as we observe in “nature”, for the freedom of an individual A to be acceptable, it must also respect that of an individual B, C, etc. This is the importance of the Article 4 of this Declaration.

Declaration of the Rights of Man and Citizen of 1789

The Representatives of the French People, constituted as a National Assembly, considering that ignorance, oblivion or contempt of human rights are the only causes of public misfortunes and corruption of Governments, have resolved to set out, in a solemn Declaration, the natural, inalienable and sacred rights of Man, so that this Declaration, constantly present to all members of the social body, constantly reminds them of their rights and duties; so that the acts of the legislative power, and those of the executive power, which can be compared at any time with the purpose of any political institution, are more respected; so that the complaints of citizens, now based on simple and indisputable principles, always turn to the maintenance of the Constitution and the happiness of all.

Consequently, the National Assembly recognizes and declares, in the presence and under the auspices of the Supreme Being, the following rights of the Human Being and the Citizen.

Art. 1. Men are born and remain free and equal in rights. Social distinctions can only be based on common utility.

Art. 2. The purpose of any political association is the preservation of natural and imprescriptible human rights. These rights are freedom, property, security, and resistance to oppression.

Art. 3.The principle of any Sovereignty resides essentially in the Nation. No body, no individual can exercise authority that does not expressly emanate from it.

Art. 4. Freedom consists in being able to do everything that does not harm others: thus, the exercise of each person’s natural rights has no limits other than those that ensure the enjoyment of these same rights by other Members of the Society. These limits can only be determined by the Law.

Art. 5.  The Law is only entitled to defend actions that are harmful to the Society. Anything that is not defended by the Law cannot be prevented, and no one can be forced to do what it does not command.

This Article 4 of the Declaration of the Rights of Man and of the Citizen of 1789 is therefore the real cornerstone allowing the articulation between science and law:

– It expresses the legitimacy of everything that human beings can do when they give free rein to their “nature”:

And the whole corpus of law, it is the development of the Article 5: it is the definition of limits to my free-spirited baby’s freedom!

However, in myself, it is healthy for me to refer at all times to this famous Article 4 of 1789:

My freedom consists in being able to do everything that does not harm others: thus, the exercise of my natural rights has no limits other than those that ensure that other Members of the Society enjoy these same rights. These limits can only be determined by the Law.

– Catholic, Protestant, Buddhist or Muslim… or even Raelian!

– To look at the sky and photograph a flying saucer

– To spend my money to buy or finance what I want, including… an embassy for extraterrestrials!

And if I am insulted or discriminated against, I am “harmed” and the law protects me – or is supposed to protect me
Because the law prohibits designating:

– A homosexual as a “faggot”

This is referred to as an insult.
Because the word “cult” is pejorative, even insulting and demonizing.

Like the terms of all kinds by which some obscurantists refer to homosexuals or atheists, it suggests that the “follower” of a “cult” is “unnatural” or “in the empire of evil”, in an area of the mind that escapes science, therefore also the law.

Burning a homosexual, or presumed to be so, or accused as such, under a pejorative name as this was the case of the Knights Templar in the 14th century, was considered an act of purification of society, of Christianity, etc.
In short, there is an abusive categorization between “cult” and “religion”, but, what is even more worrying, is that the use of an insulting and demonizing term allows a gregarious and unconscious individual to all lynching, to any extermination, as we see in some countries against homosexuals, for instance.

This is why I insist on the fact that we must go beyond the simple awareness of the elementary equivalence between a “cult” and a “religion”, which Anne Morelli, denounces, and initiate a dialogue in which we will demand that the word “cult” be banned, just as a debate on homosexual rights excludes the word “faggot”.

And this is where Anne Morelli’s teaching acquires all its importance and authority: no one within a dialogue or debate has the right to designate the religion of the other as a “cult”, not only because it is offensive, but also because it is unscientific, therefore unworthy of a debate that is intended to be of a high level.

Thus, in the light of human rights, and of its roots, which was the French Revolution of 1789, the requirement for any new religion to be recognized simply as a religion is first and foremost based on the famous Article 4, which forbids anyone to “harm me”.

But also on the science that flourished in the Age of Enlightenment and that is the true source of our law.
Let us tell our interlocutors: the law is based on science and every religion is the expression of a natural right that invites them to:/p>

– Respect our well being

– Accept the scientific reality, which is the diversity of religious expressions and beliefs.