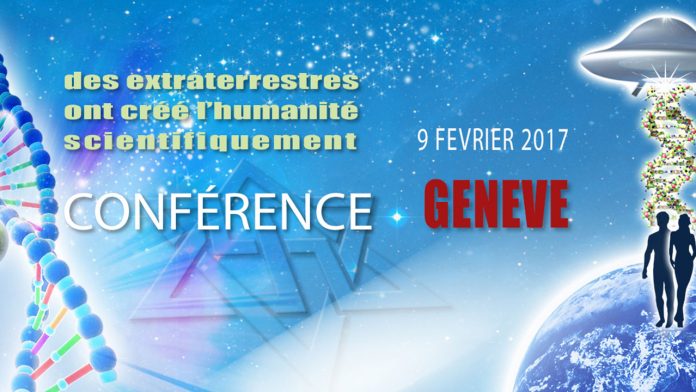 Insult : Word that hurts in a serious and conscious way.

Defamation : False accusation that violates a person’s honour and consideration.

In February 2017, the Raelian Movement of Switzerland organized a conference in Geneva on the themes of the Raelian religion.

On Facebook, an announcement of the conference was published, usually resulting in comments from Internet users.

On February 5, 2017, among these comments, a person called “Ame Elle” on Facebook violently criticized Rael and the Raelians. Subsequently, this person made threats and inconsistent comments.

Excerpts : “This cult guru is hungry for your money!!!!! Be careful, he suicided a lot of people for money” “Fuck you dry!!! big SHIT, you’re also going to complain against people you raped???”

Faced with the seriousness of the slander, Mr. Philippe Chabloz filed a complaint with the Lausanne District Court. Attached is a copy of all of this person’s comments and the original promotional advertisement.

This case is very similar to another that took place the previous year, also in Switzerland, where an abusive comment was posted on Facebook.

Ironically, on this person’s own Facebook page, a relevant article shows the pernicious side of mainstream media in the famous, «It’s up to the media to “control what people think.».

For several decades, it has been precisely the hostile attitude of the media towards religious minorities, and in particular the Raelian Movement, that has had a negative influence on sensitive people. As the criminal order states: “The defendant’s motives are based on mismanaged angry behaviour at the expense of others.”

While all insults and slanders are a priori condemnable, the haunting and permanent attitude of some journalists to constantly peddle outrageous and unfounded rumours inexorably leads to the certainty on the part of the population that these lies are true (see the whole category ‘Facing the media’). And since these slanders are serious, by an excess of emotion, insults erupt, “motivated” by the negative illusion created by the media.

It is to be feared that other people will be deceived not by any so-called dangerous cult, but by a repetition of baseless slanderous insinuations.

Fortunately, in these cases, the reality of the facts prevails over bad delusions. Nonetheless, all this could be avoided. This site is intended to restore balance and truth as well as to warn anyone about biased information that they are unaware of from mainstream media.

On August 28, 2017, the Public Prosecutor’s Office in Geneva issued the corresponding criminal order.

On August 28, 2017, the Public Prosecutor’s Office in Geneva issued the corresponding criminal order.
Ms. “Ame Elle” is found guilty of defamation and insult and is sentenced to a 30-day fine of 40 FS (≈ 1052 €) as well as procedural costs.