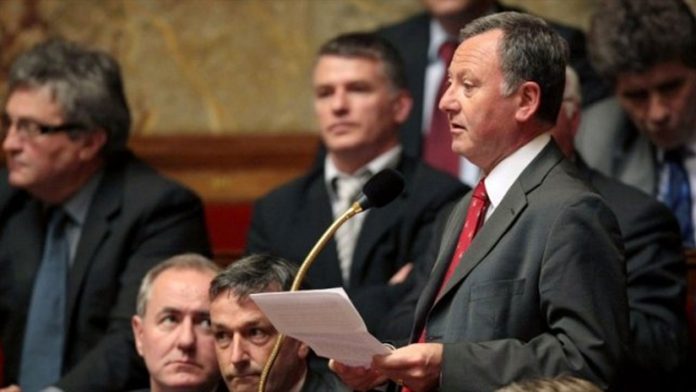 The letter from the leader of the European Raelian Movement

Here is a summary of this letter :

As a human rights defender, we, the Raelian Movement, fully agree that the protection of children from malicious acts is an indisputable necessity.

However, we wish to express our deep concern at the radical formulations and liberticidal recommendations of this report and draft resolution on the “protection of minors against the sectarian aberrations” submitted by the Special Rapporteur, Mr. Rudy Salles.

We even believe that these recommendations will produce the opposite of the desired objective by leading to serious violations of the fundamental basic rights defended by the European and international conventions.

As Mr. Rudy Salles himself and other members of French institutions, such as MIVILUDES (the French interministerial mission in charge of highly controversial procedures against conviction or belief minorities) have stated, the purpose of this report is to convince other European countries to adhere to the French model in order to oppose what are called “sectarian excesses” or “sectarian movements”.

In this respect, this report – under the supervision of the Rapporteur Rudy Salles – makes abusive use of the pretext of “protection of minors” to target religious minorities as scapegoats under the pretext that these minorities could be harmful and by taking advantage of the opportunity to label them as “cults”! This pejorative term implicitly suppresses in the bud any objective and impartial consideration of minority belief groups.

The strict directives proposed fully reflect the questionable liberticidal methods of the French State’s policy towards minority religious movements, in particular those of MIVILUDES. This type of “battle” has been strongly criticized by French and international human rights organizations for years because of the violation of the fundamental right to freedom of religion or belief.

If the repressive measures recommended by the Rapporteur Rudy Salles are followed by the 47 member states of the Council of Europe, millions of members of minority beliefs will suffer the consequences in their religious freedoms, whether it is parents or children.

This report is not based on a humanistic and objective view of reality or on a rigorous methodology. On the contrary, the essential is based on erroneous assumptions, prejudices and insidious defamations. There is a glaring lack of serious scientific research, no overview, a lack of neutrality and impartiality, a lack of supraconsciousness about the notion of religious freedom. This negative discrimination will lead to the application of repressive and coercive legislation: all of which is deeply unacceptable and shameful in a secular democracy!

This report uses repetitive references to allegations that are inaccurate and not based on the notion of “psychological subjection or mental abuse”.

Referring to the scientifically unrecognized theory of “mental manipulation, coercive persuasion or persuasive coercion”, summarized by the irrational thesis of “brainwashing”, synonymous with “mental control” which in recent decades has been rejected internationally by leading judges and the scientific community (in particular by psychologists and other researchers in the social and human sciences). This theory is totally inadequate and inappropriate to constitute objective evidence admissible by the courts of justice.

However, this absolutely absurd concept of “psychological subjection” was the one adopted in France in 2001 to constitute a criminal offence included in the About-Picard law. This law, which was introduced to arbitrarily silence religious minorities in France, was originally copied from an Italian fascist law called plagio, established in 1930 in Italy under Mussolini, (but abolished in 1981 by the Italian Constitutional Court). The fascist leader Mussolini had inserted this law into the Italian Penal Code because he believed that all communist believers and sympathizers were subject to undue influence.

In April 2001, 50 members of the Parliamentary Assembly of the Council of Europe, in Declaration No. 321, doc 9064, alerted Europe to the dangers of the About-Picard law.

The criminalization of “the abuse of a state of ignorance or a situation of weakness of a person subjected to psychological or physical subjection by the exercise of serious or repeated pressure likely to impair his or her judgment” did not clearly define by what a state of “psychological subjection” was characterized.

Due to the imprecision of the law, the Parliamentary Assembly of the Council of Europe (PACE) in its Resolution 1309 (2002) invited the French government to review this law and clarify the definition of the offence.

Nevertheless, the About-Picard law has served as a model of discrimination on the European level for 2 other countries, under the influence of MIVILUDES, assisted by FECRIS (both funded by the French government). These are Belgium and Luxembourg which have chosen to adopt similar legislation.

One of the most devastating points of the law proposed by Mr. Rudy Salles is that it would erase the principle of the presumption of innocence!

If the principle of “psychological subjection” of this law were retained and a person is a member of a religious minority (therefore considered as making use of “subjection”), then that person would be presumed guilty a priori. It is the abandonment of the presumption of innocence.

This is a true time bomb that would have a major effect at European level, for example:

Fortunately, the recommendations of Mr. Rudy Salles have not been followed by the 47 member countries of the Council of Europe. On the contrary, it was a general outcry supported by more than 80 associations around the world and also a petition with more than 12,000 signatures that made it possible to measure that human rights in Europe (excluding France, Belgium and Luxembourg) were being defended.

Reaction of the CLIMS President and his committee (fr) 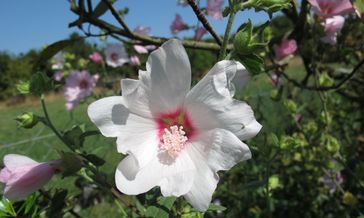