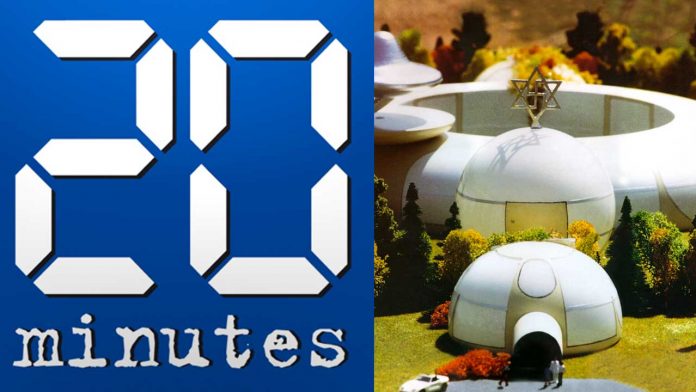 On April 3, 2015, the newspaper 20 minutespublished an article entitled :

“The Raelians launch a subscription to build an embassy for extraterrestrials” which contained, according to the French leaders of the Movement, imprecision and false information.

This right of reply has not been published, which is symptomatic of the French-speaking media.

Unpublished reply from the Raelian Movement following an article by 20 minutes containing unfounded and false accusations, inaccuracies and erroneous elements.

To the attention of :

The article posted on the 20 minutes media site, on April 3, 2015, contains inaccuracies and erroneous elements. Knowing that the « ruthfulness, accuracy, integrity, fairness and impartiality of journalistic action » are enshrined in the Charter of Professional Ethics of Journalists and that the public has a « right to quality, complete, free, independent and pluralistic information »,according to the same charter, we ask you to publish this response.

The article mentions a subscription that would be launched to build an Embassy to welcome the Extraterrestrials. The term subscription implies a fundraising by public appeal. In this respect, we underline that the European Raelian Movement is a non-profit association whose financing is based on contributions freely paid by its members, within a legal framework. Under no circumstances can it collect funds and collect money on the streets, since this is prohibited in France.

The action taken by the Raelians is therefore simply a matter of freedom of expression.

This was perfectly understood by the police forces allegedly mobilized, since it was pointed out to us by a representative of the Rhône regional intelligence service that there would be no law enforcement service deployed for our action. This has been verified on site: no police, no CRS.

The mention of risks of abuse of weakness calling for controls is similar to the misinformation fed by Miviludes and relayed by your media. For up-to-date information on Miviludes and its methods, we invite you and your readers to refer to the comments of a former Miviludes member, Olivier Bobineau (in French):

Concerning the “acquaintances of discovery of the body and pleasure”, the freedom advocated in the Raelian philosophy concerns only consenting adults and it should be added that it is a possibility (otherwise legal) which does not mean an obligation.

The title “suspicion of paedophilia” constitutes an unfounded and very serious accusation that is not supported by any ongoing prosecution, indictment or conviction against Rael and the Raelian Movement. Rael condemns and has always strongly and unequivocally condemned paedophilia, even recalling on many occasions that “paedophilia is a reprehensible abomination and a matter for psychiatric care”.

A synthesis of the Raelian writings and official statements on this theme has been published on the website: :

The Raelian philosophy advocates education from an early age, which is the best way to strengthen the prevention against paedophilia.

On this topic and concerning sensual education, Rael’s writings are perfectly in line with the UNESCO report, published in 2009, offering a universal education plan for children aged 5 to 18 years old and emphasizing the importance of including, in teaching, information concerning the pleasant sensations obtained by self-stimulation, such teaching being, according to this document, desirable from the age of 5 years old.

Finally, you mentioned the leaving of the Raelians from Valcourt; for precision, the reason for this departure is a change of objective in the development of the Raelian Movement towards the USA.