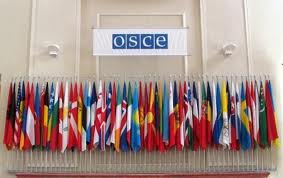 I thank you, Mr. President. Today, we wish to move the democratic debate forward by demonstrating that the French-speaking countries of Europe practise a blatant and dangerous discrimination between recognised and non-recognised religions.

To demonstrate this, we would like to talk about Belgium and the extraordinary and unjustified status enjoyed by the Catholic Church, with serious consequences for citizens and religious minorities.

It should be recalled that in Belgian law there is no distinction based on a legal provision between a “cult” or a “religion” and that any attempt to do so would necessarily be discriminatory and incompatible with both the Constitution and the European Convention on Human Rights.

Ms. Asma Jahangir, United Nations Special Rapporteur on Freedom of Religion or Belief, stated in her 2006 report that France’s policy towards “cults” (on which the “Belgian Parliamentary Commission on Cults” was also based) has contributed to creating a climate of suspicion and general intolerance towards the organisations appearing on the list of “cults”.

In Belgium, the fight against cults has therefore officially ceased. According to the law, they are fighting against “harmful sectarian organisations”. The term “harmful sectarian organisation” is a rather vague concept created by the Belgian state to avoid the scornful term “cult”. On the whole, almost all unrecognised religious minorities are considered as “cults” in Belgium. The term “cult”, which has now become an insult and was used extensively in the past by the authorities – the Commission of Inquiry into Cults is unfortunately remembered – has been abandoned as a result of the many contradictions it caused in the spirit of human rights.

Therefore, the terms “harmful sectarian organisation” and “sectarian aberration”, as used today, allow, while still vague, undefined and therefore risky in their use, a slight progress in the designation of dangerous religious groups. The latter will no longer be assessed on the basis of judgments of value, but rather on the basis of precise behavior and facts; such as, for example, breaches of the law. Perhaps the most significant progress lies in the fact that these terms can be applied to any religious group, whether a minority or a majority.

Evidence of sectarian aberrations, a term dear to the French and Belgian governments, is dealt with almost every week in the media: obstruction of justice, concealment of evidence, protection of criminals, breach of trust, abuse of minors, attempts at corruption, failure to assist persons in danger, and undoubtedly more. Some victims of sexual abuse by Catholic priests go even further, such as the hundreds who gathered in Italy on September 25 to launch an international appeal for the recognition of these acts of pedophilia as a “crime against humanity”. Of course, the demonstration of “illegal or criminal” activities will necessarily have to be the result of judicial decisions that a large part of the population eagerly awaits.

In the meantime, if a minority religious group were to accumulate as horribly these same amount of sectarian aberrations cited in the media, as those of the Catholic Church, the label of “harmful sectarian organisation” or, worse, “cult” would be on all lips.

Our recommendations are still the following :