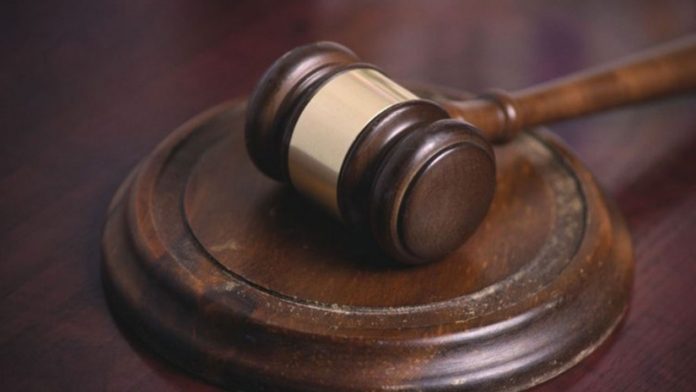 This conviction for a young girl raped by two Raelians has serious consequences.

If this information relayed everywhere is true, it is very serious because raping a young girl in a group meeting is inadmissible and highly condemnable.

If this information relayed everywhere is false, it is just as serious in another sense because it shows that the media are not objective and impartial. In such a case, it is very damaging because such suspicion obviously causes enormous suffering, such as rejection and social contempt.

Imagine, indeed, that you are part of a minority spiritual group and that your spirituality is cited in a case of sexual molestation of a minor during a group meeting. How will you feel?

First of all, it seems essential to know the facts. What are they?

– rape of a 15-year-old minor by several perpetrators or accomplices,

– sexual assault on a 15-year-old minor by several perpetrators or accomplices,

– indecent assault on a minor under fifteen years of age by several perpetrators or accomplices.

The facts they are accused of:

– a rape allegedly committed in January 1995,

Paedophilia was never addressed in this trial; it should have been proven by psychiatrists. This would also have reduced the penalties incurred.

They were found guilty of having committed, in Avignon (Vaucluse), between March the 1st and December 1994, sexual offences without acts of penetration, by violence, coercion or surprise, against M. M., under 15 years of age (11 years at the time of the offence), committed by several persons acting in their capacity as perpetrators or accomplices.

They were sentenced to 5 years’ imprisonment with a 2-year suspended sentence and 5 years’ deprivation of all civil rights.

THEN WHAT DID THE MEDIA SAY ABOUT IT?

Several of them titled that two Raelians had been sentenced to five years in prison, including three before parole, for abusing an 11-year-old girl during a group meeting and some did not hesitate to talk about paedophilia in relation to Raelians.

For example, the newspaper Libération posted on its website:

The Assize Court of Vaucluse sentenced yesterday to five years in prison, including three before parole, two men accused of abusing a young girl in January 1995 during a meeting of the Raelian Movement, a group considered to be a cult. The court declared O. B. 34 years old, and S. C. 27 years old, not guilty of rape but convicted them of sexual assault on the girl, Melanie, then 11 years old. The victim’s mother, who appeared alone for “corruption of minors and failure to assist persons in danger”, was sentenced to a suspended sentence of one year in prison.

WHAT REALLY HAPPENED?É : ANALYSIS OF THE TRIAL OF THE ASSIZE

They were released by the jury on the grounds of rape and sexual assault. This was reported in the newspaper “Dauphiné Vaucluse matin” dated Monday, May 28, 1997 :

« After 5 days of trial, the Vaucluse Assize Court did not find O.B. and S.C. guilty of raping an 11-year-old girl… But at the end of the debates, the president asked two additional questions: Did the two accused commit an indecent assault on the child? Did they sexually assault her? The jurors answered “yes” to the first, “no” to the second… »

The jury acknowledged the indecent assault not in public but in private. While public nudity is prohibited, private nudity is not punishable by law.

This is also noted in the newspaper “Dauphiné Vaucluse matin” dated Monday, May 28, 1997:

« According to Maître Gontard, defender of B and C, “This decision allows the Justice to avoid reporting to two men unjustly imprisoned for two years”. And for Maître Jean-Louis Rivière, their other lawyer (from Avignon), “The Court ruled on facts that were not mentioned during the trial and on which our clients were not even able to express themselves..»

Why this confusion? Why weren’t they ordered to pay 75,000 euros in damages?

Hypothesis : This judgment does not satisfy the convicted persons. They may have this judgment overturned by the Court of Cassation. In this case, there is no commutation of the sentence, they remain in prison. It may take time between the cassation and this new judgment, often more than a year. Three years plus one year, that’s four years in prison to win a trial, but it’s still a year of deprivation of liberty when you know you’re innocent! Then you can also lose it and be fined 75,000 euros, which is still a lot!

– A sentence of 75,000 euros, the fine would have been very heavy and would have undermined the future of these two young people.

– They have already done three years, with no compensation to pay. A three-year sentence, two of which were suspended, for a sentence already served in part, with remissions for good conduct… it was not worth going to the Court of Cassation.

– Doing more prison or being free? The evaluation is done quickly to regain freedom as quickly as possible.

Conclusion : The information widely reported by the media, still circulating on the Internet today, is false and biased. In the meantime, since that date, Raelians have been subject to suspicion, rejection and social contempt.