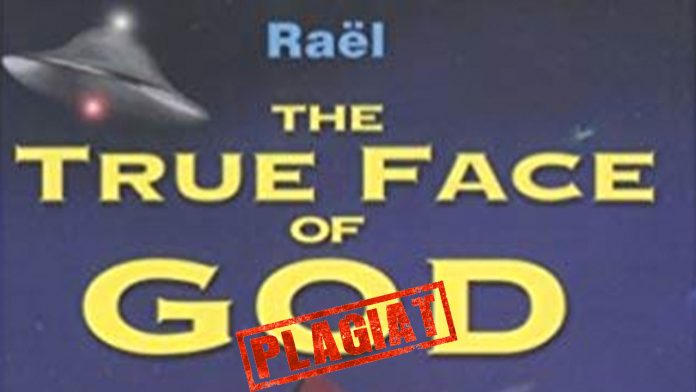 Many people deny the historicity of Rael’s encounter with a space being. Others think that this is a possibility and that it is an interesting new hypothesis (to such an extent that it has been included in a school book on general biology, high school 4th and 5th grade, in Quebec – Lidec Editions) and many others do not know what to think about it.

In recent years, several accusations of plagiarism have been circulating in the media and on the Internet concerning “The Book That Tells The Truth”, a book that contains the Message of the Elohim and the Raelian doctrine.

Several journalists or Internet users also accused Rael of having invented all this because his magazine at the time was going bankrupt. What is actually happening in regard to facts?

Dominique Maguin, a French documentalist, has scientifically investigated the subject and produced a study containing a double critical examination (on the life of Rael and on The Book That Tells The Truth) in order to go even further than Rael’s opponents, that is, by deepening the information they put forward, through detailed documentation, both through the power of the Internet and the archives of all kinds available in the major French libraries.

According to him : «such a deepening could have led me to confirm the arguments presented so far against Claude Vorilhon, and to make myself apostatize from the Raelian religion: I accepted this eventuality, which basically is indifferent to me, since I have always been in search of God.».

–     the critical examination of Rael’s biography, ealleging that he had personal reasons for inventing this story of encounter;

–       the critical examination of The Book That Tells The Truth, which would be plagiarism

and provides a different analysis than what can be read on the Internet.

According to him, the insinuations of plagiarism, opportunism and lies lose all significance if we trace the history of the composition of The Book That Tells The Truth in the psychological, economic, political, material, editorial and literary context of Rael’s narrative, in 1973-1974.

In this regard, the author relies on the written and television press of 1973-1974 and shows the probable historicity of the encounter at the Puy de Lassolas.

In addition, some of the concepts presented in The Book That Tells The Truth are unknown or extremely rare in the scientific literature of 1973-1974. Even better, a careful reading of The Book That Tells The Truth makes it possible to discover, through cross-referencing, solutions to scientific enigmas that have not yet been solved, even today, by “official science”.

Thus, according to the author, The Book That Tells The Truth could never be refuted on its substance. Since its originality and anteriority can now be proven, the circumstances of its composition, as reported by the same book, finally appear to constitute the simplest explanation that can be given to its literary genesis, which demonstrates the authenticity of Rael’s testimony.