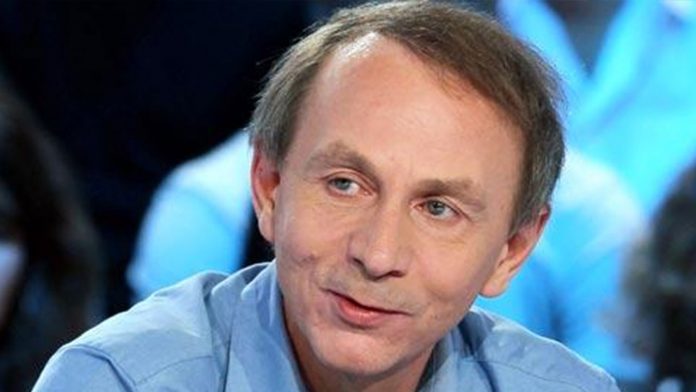 Note: Michel Houellebecq is not an “expert on new religions” in the academic understanding, but he is known to be a writer who informs and documents himself in depth on the topics he deals with in his writings. In order to avoid any form of interpretation of his words when he testifies about his experiences with Rael and the Raelian Movement, we will simply quote verbatim excerpts from interviews he has given to various media.

L’Illustré: “How could you, a successful writer, meet and sympathize with a man like Rael?”

Michel Houellebecq: “Let’s say I have good reasons to support those who think differently. For me, it really started with the issue of cloning. I was stunned by the general outcry, especially in France, when the Raelians announced last year the birth of the first cloned baby. Cloning was such a new topic that one might have expected people not to have an a priori opinion. But no! Everyone stupidly kept repeating, “It’s monstrous” and there was not even the slightest hint of debate. I did not understand this immediate and brutal refusal, including this notion of crime against humanity that was irrelevant to the topic. Political correctness is a bit predictable but I could not have foreseen that cloning would be so politically incorrect.

L’Illustré: “And you ran into Rael?”

Michel Houellebecq: “He is the one who started the debate. I wanted to find out more, so I looked it up on the Internet. I went to Slovenia for two weeks last summer to follow his seminars. Rael is a nice, friendly man. His theses are interesting. He has an attitude of respect for what science can bring that stands in sharp contrast to other religions.”

L’Illustré: “Atheism is what brings you closer to Rael, since Rael says that God does not exist.”

Michel Houellebecq: “Certainly, yes. The question of God’s existence is almost embarrassing to me, because I just cannot take it seriously…”

L’Illustré: “You are considered a provocateur, you caused a scandal, for example, by declaring that Islam was the most stupid religion. Don’t you support Rael out of a taste for provocation?”

Michel Houellebecq: “There may be a little bit of that, but I try not to let it interfere with my judgment too much. When it comes to cloning, it was the unanimous reaction of the people that outraged me; this kind of totalitarianism of a new kind, a little soft, a little slimy, but very effective. They make you understand that you cannot say this or that, they try to shame you if you think badly…”

L’Illustré: “Don’t you worry about showing off with Rael?”

Michel Houellebecq: “My case is already relatively serious, but I still have the right to go to whomever I want and to document myself wherever I want. Anyway, I realized at some point that no matter what I do and say, I would face issues.”

Le Nouvel Observateur: “How was your own initiation?”

Michel Houellebecq: “At the time, I documented most of the cults. In the end, I chose the one I thought was the most intelligent. I knew that with this one, there will be no collective suicide or embezzlement of money. It is adapted to modern times, to the civilization of leisure, it does not impose any moral constraints and above all it promises immortality. It is this idea of immortality that attracted me to the Raelians. I have never liked the contemptuous and suspicious way in which, in France, we talk about the cults. And I have always thought that the banal phrase that a religion is a successful cult simply corresponds to the truth. So I needed to take a closer look, from the inside, at what a cult is.”

Le Nouvel Observateur: “And how did the Raelians welcome you?”

Michel Houellebecq: “They were aware of the danger. But, since “Lanzarote”, they knew that I was not hostile to them. So they took the risk of welcoming me and talking to me without hiding anything. I discovered the cult during a summer seminar in Slovenia. Then I went to a demonstration in Crans-Montana during which, moreover, “Le Monde” tracked me down and suggested that I could be a follower of Guru Rael. Which is not true: I only find him sympathetic. And for a SF fan like me, his ideas are interesting. This initiation, I describe it in “The Possibility of an Island”, but in my own way. I am an expressionist: what I experienced, I relate it by accentuating the contrasts and by enlarging the features. The sexual life of the prophet, for example, is much less unbridled than I say…”