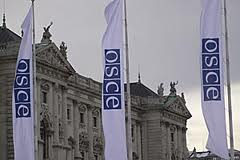 Contribution of the European Raelian Movement – Working Session 10 on October 1, 2012

First of all, I would like to pay tribute to Abadelfattah Amor who passed away this year. Abadelfattah Amor was a brilliant Special Rapporteur at the United Nations on Human Rights, Freedom of Religion and Belief, and his death has touched us greatly. We remember with emotion his speech here at the OSCE four years ago, a speech that we will never forget. He stressed the duty of Member-states to protect the religious minorities in their countries rather than discriminate against them. He condemned those countries that set up state organisations to fight against them.

Everyone knows that these countries are France and Belgium.

He would certainly have been outraged by the actions of Mr. Fenech, former president of the Miviludes, a unique French organisation in the world that fiercely fights, with colossal funds, against sectarian aberrations; and who, in order to justify its presence, makes the presumption of guilt by fighting against religious movements that it presumes to be harmful sectarian organisations.

Mr. Abadelfattah Amor would have been scandalized by the publication of Mr. Fenech’s book whose title alone should tell you a lot about the mission of this person: “Apocalypse : menace imminente ? Les sectes en ébullition” (Apocalypse: imminent threat? The cults in turmoil). We can already see from the title that Mr. Fenech, after having left the Miviludes, is no longer hiding the fact that he does not respect the standards of the OSCE. He indeed clearly announces that he is fighting against the cults.

Since then, France has refrained from using the word “cult” in this very place and dares to answer before all of you, each time we question it, that it does not fight against cults.

We invite you to verify this for yourself. This book is a pure product of a state of mind that has been unbalanced by twenty years of discriminatory French policy; a policy that unfortunately also influences French-speaking Belgium.

Georges Fenech himself often repeats that there is no definition of a cult. We therefore have a meaningless book written by the president of this official French organisation, relayed by the French media, and whose sole purpose is to frighten the population in order to incite them to social hatred.

This disturbance of public order is shameful and we urge the OSCE to react forcefully. You now have proof that France has never respected OSCE standards and that, behind their nice speeches here, a relentless struggle continues in reality with serious human tragedies at stake.

Our recommendations are invariably the following:

1. The cessation of French taxpayers’ funding of anti-cult movements.

2. The dissolution of the MIVILUDES and CIAOSN.

3. The suppression of the anti-cult legislative arsenal, including the About-Picard law.

4. The interdiction of the use of the terms “cult” and “sectarian” in any new official and administrative documents; to be replaced by unambiguous expressions.